Get to know the IrriWatch story!

Wim Bastiaanssen grew up on a farm in the Northeast Polder, a reclaimed land from a large Dutch inland sea. He has been fascinated by the stories of his farther on converting a muddy bottom of the sea into fertile land with a well functioning drainage system. Wim knew since he was 15 years that he wanted to seek for a profession in water management.

His first junior position was with the Instituut voor Cultuurtechniek and Waterhuishouding (ICW) in Wageningen during 1986. During this job he got in contact with thermal infrared data from Landsat over the desert of Egypt that was just launched. Wim got intrigued by the large variations of surface temperature and this prompted his shift from being a practical engineer to a young scientist. He exposed himself to the international literature in the field of thermal remote sensing and energy balances and observed that most solutions were either very sophisticated or had an empirical character that could not be copied to other regions. He started to think more about a practical method that could calibrate itself for different environmental conditions. During a holiday in Sicily, he suddenly got the idea to utilize hot and cold pixels for internal calibration. His PhD thesis at Wageningen University in 1995 describes this method; SEBAL was born.

During the 1990s, Wim participated in several international large scale flux campaigns where he learned the profession of soil-physicists and micro-meteorologist. When inspecting turbulent flux measurements, he found the evaporative fraction to be fairly constant during the diurnal cycle (outside the remote sensing community this was detected before).

The papers from 1992 and later proofed that this concept could be used for determining daily ET fluxes from remote sensing data. The constancy of evaporative fraction is now a basic and essential assumption in many common remote sensing algorithms.

Wim worked at various international research institutes and universities in the period 1997 to 2018. During this period, SEBAL upgraded continuously with more perfection. In the meantime, METRIC from Rick Allen was derived from SEBAL and developed in parallel. SEBAL and METRIC became standard ET algorithms in many higher and lower income countries. The nice thing is that others were starting to validate these models. A better international acceptance is not possible.

The lack of standard methodologies for operational irrigation and crop management prompted Wim in 2019 to start IrriWatch. The science was already established for a long period, but imbedding in daily on-farm decisions was in its infancy. He developed SEBAL-4 with the capacity to have daily ET images and a data subscription system. Since the start of IrriWatch in 2019, crop health and plan irrigation actions are monitored on 1 million ha of farmland. “It is a great satisfaction to help farmers directly without decisions from third parties that only create unnecessary obstacles” said Wim. He is now back to the community he originated from.

Get daily updates for every field (or sector of a field) related to irrigation advice, growth monitoring, leaf Nitrogen, soil conditions, anomaly alerts and within field variability.

Use historic data to Know Your Customer (KYC) and reduce risk of financial investment and insurance premium. Independent assessment of field conditions in case of disputes.

Provide agronomists and hydrologists with independent data to execute their job more effectively and create data basis of trends in land and water productivity. 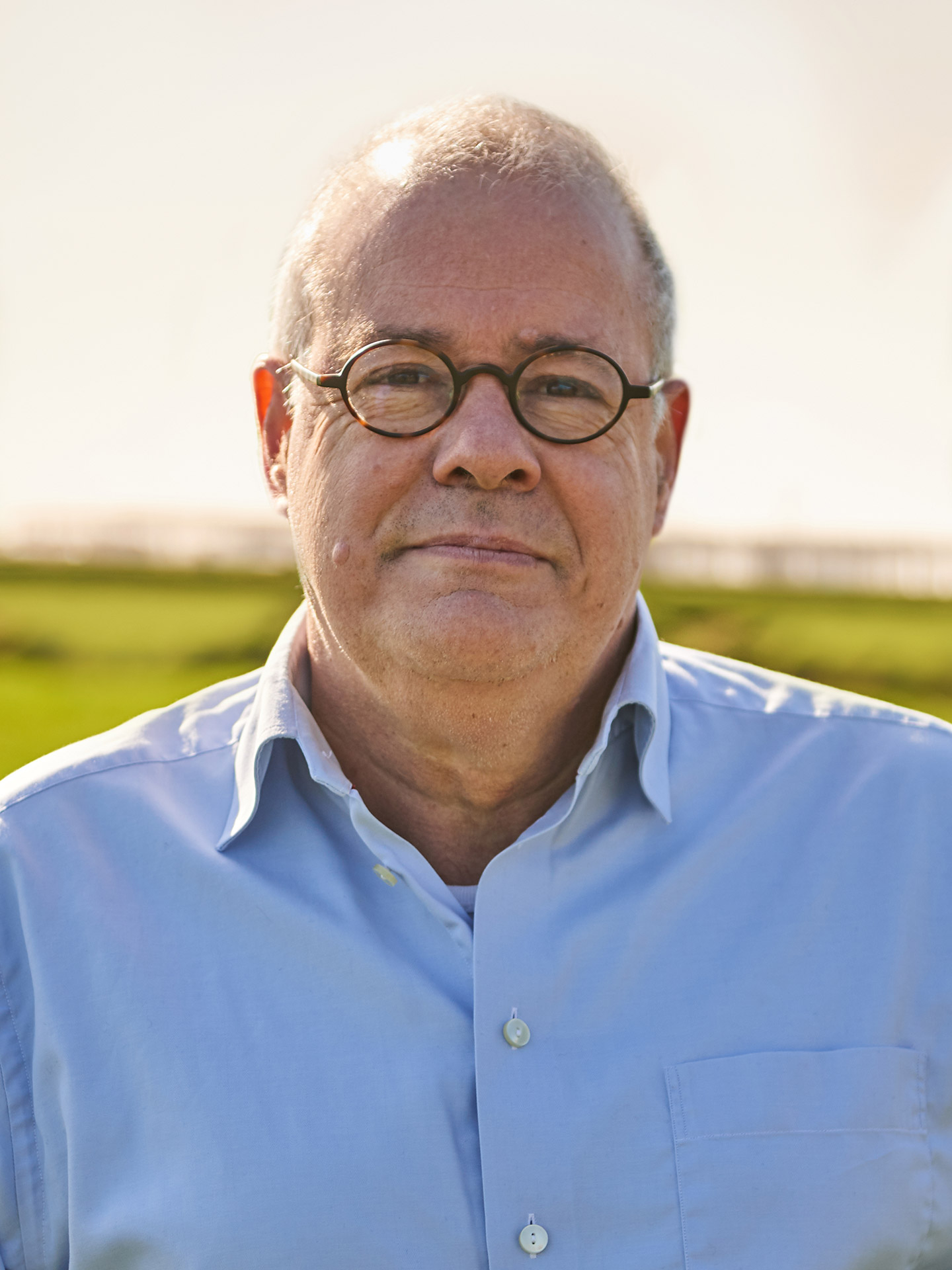 Wim leads the IrriWatch team. He is the main developer of the SEBAL model and translates model outputs into practical guidelines for irrigation management. He is an international academic leader and is engaged as a Visiting Professor at Delft University of Technology (TU Delft). He holds a Ph.D. degree in crop-soil-atmospheric physics from Wageningen University. Wim grew up on a potato farm. His main interest is to integrate irrigation and crop management, leading to an increased water productivity, using Earth Observations. 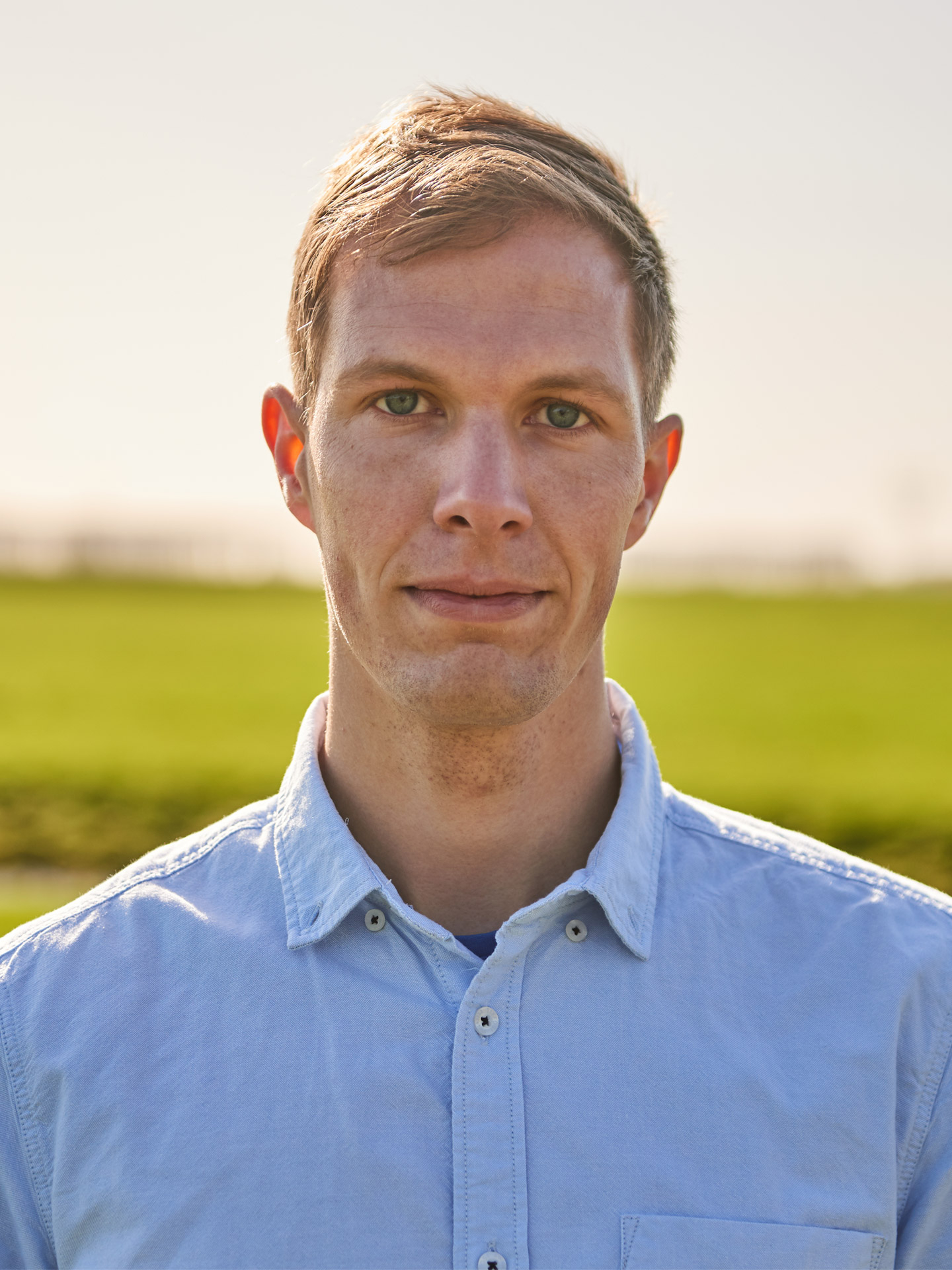 Tim is a programmer with a specialization in integrated energy, water, and carbon balances. He is the main developer and tester of the IrriWatch engine and has many years of experience with data processing and remote sensing applications for water management. Tim holds an MSc degree in Civil Engineering and is doing a Ph.D. at Delft University of Technology on monitoring and estimating the use of surface and groundwater resources using remote sensing data. 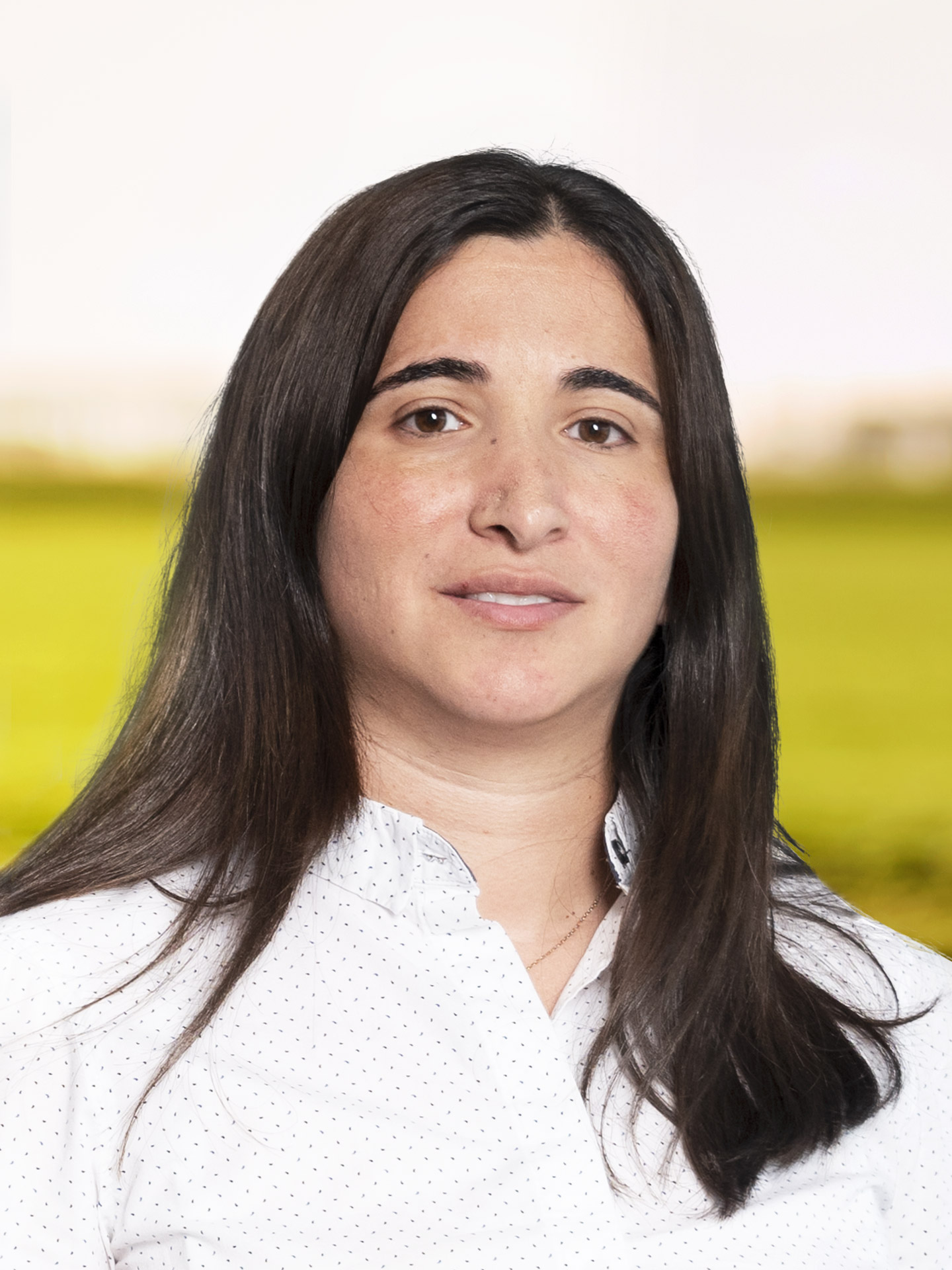 Roula is an agricultural engineer from Lebanon with experience in remote sensing and GIS for agricultural water management. She has several years of practical experience on working at large-scale commercial farms for field crops and forages in North Africa and the Middle East. She has extensive knowledge in crop water requirements, soil mapping and soil physics. Roula holds a MSc degree in Irrigation and Soil Sciences from the American University of Beirut and a PhD degree in Irrigation Engineering from Utah State University. 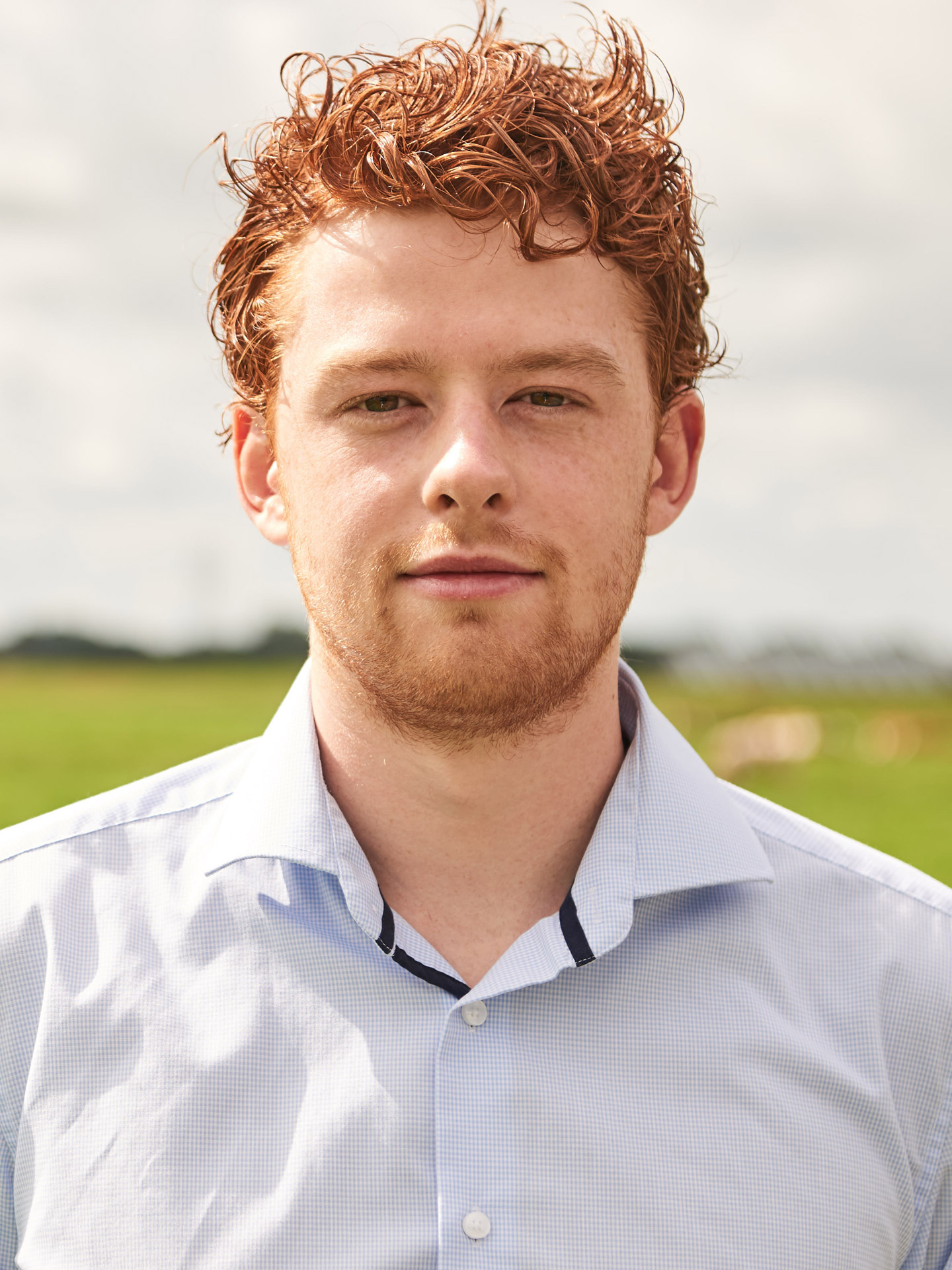 Sam is the GIS specialist of the team. He takes care that all input information is transformed into standardized shapefiles. Sam will rule the help desk of IrriWatch. Besides assisting with the organization of new orders, he will explain how you can view the platform in an effective manner for various purposes. Sam has a Bachelor degree in International Land and Water management and starts a Masters degree in GIS and Remote Sensing. 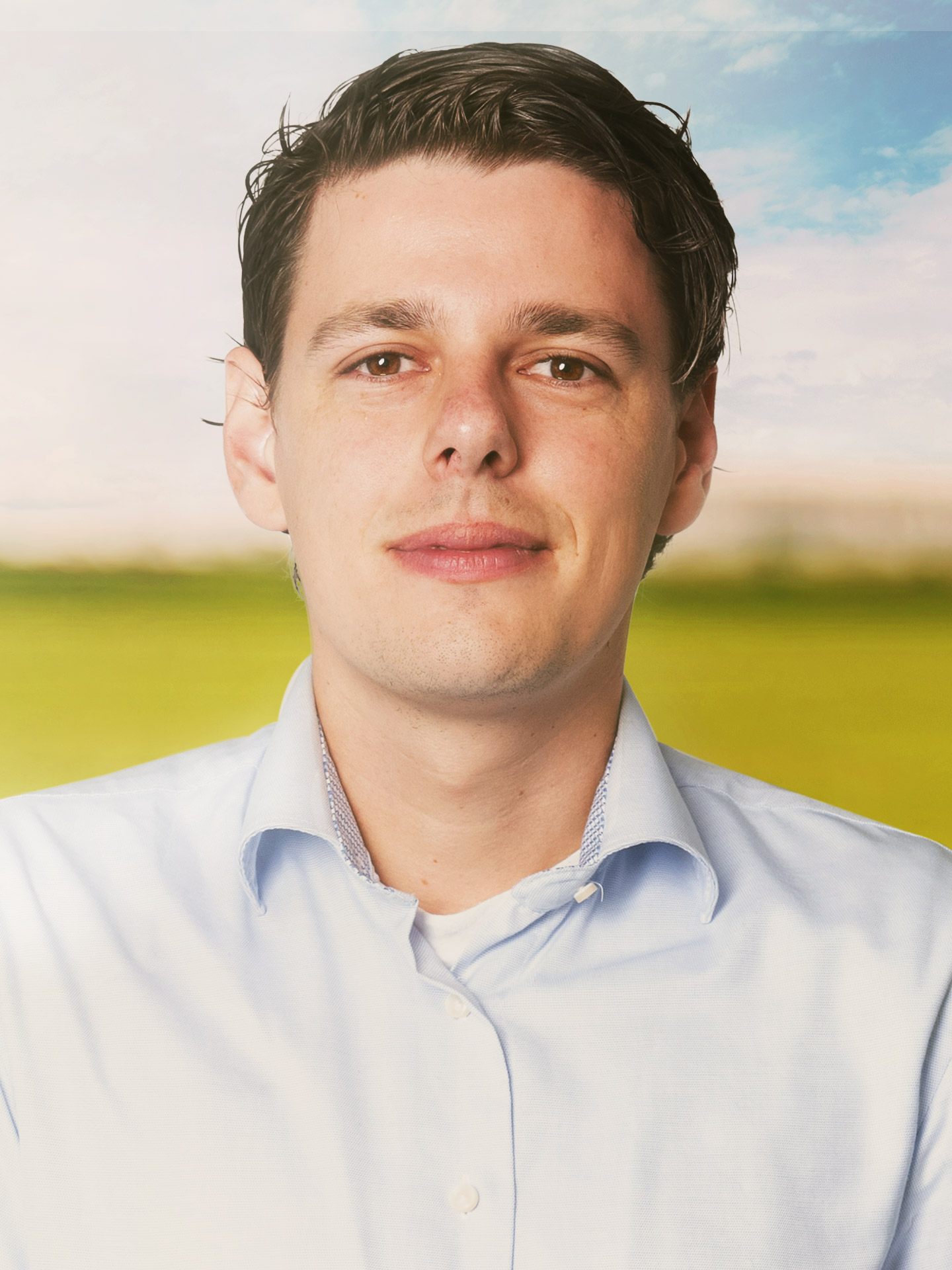 Gijs is an industrial engineer and focuses on the business optimization of IrriWatch. He is responsible for the financial planning, anticipates on new opportunities, and maintains relationships with stakeholders. Additionally, Gijs is in charge of sales, marketing and communication. Gijs has a Bachelor degree in Industrial Engineering and a Masters degree in Operations Management & Logistics from Eindhoven University of Technology. 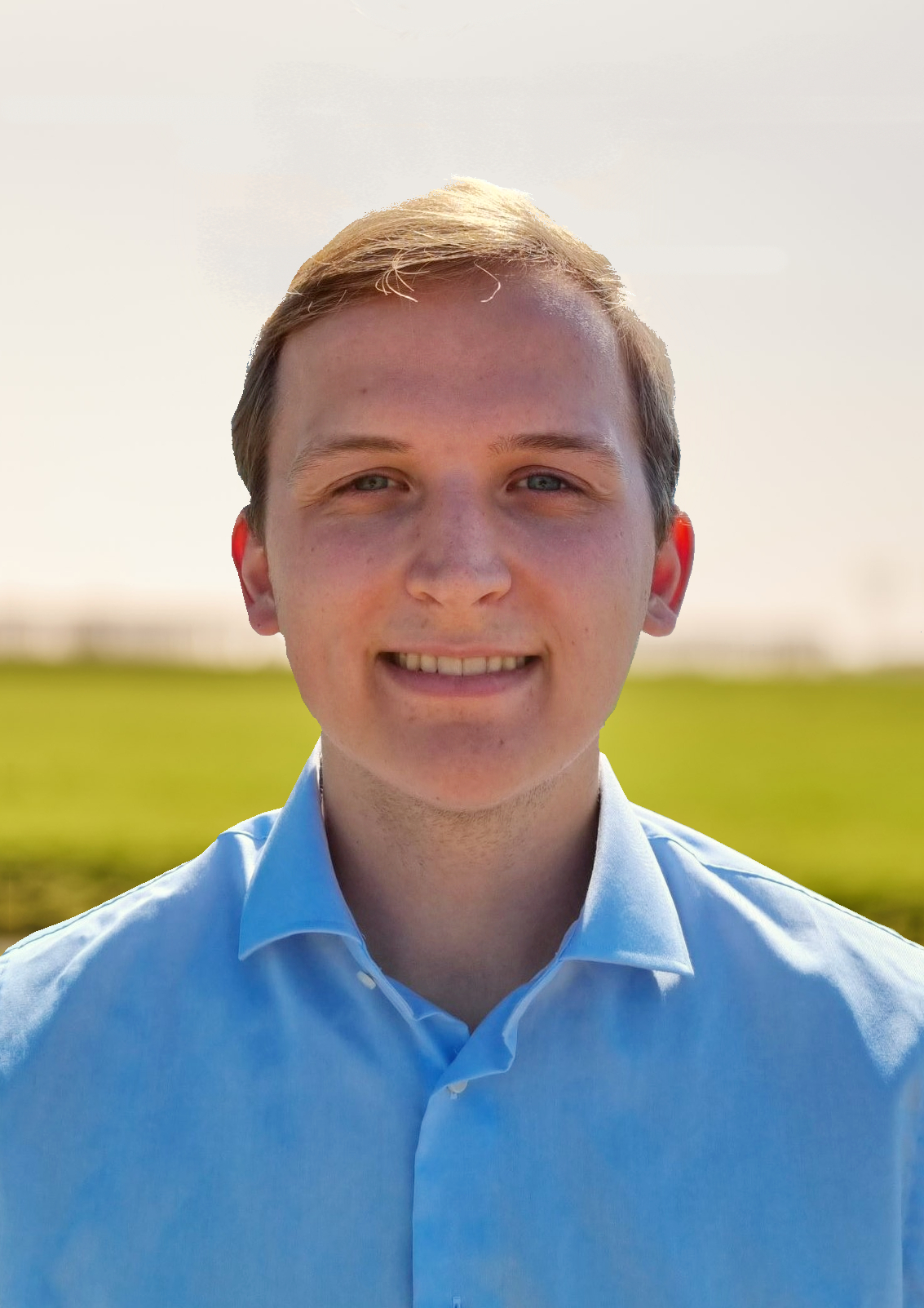 Richard is a data analyst with experience in remote sensing and handling large datasets. Richard is involved in the development and analysis of the products of IrriWatch. Richard has practical experience with the agricultural industry, since he grew up on a diary farm in the Netherlands. Richard has a Bachelor degree in Earth and Economics from VU Amsterdam and a Master degree in Geo-Information Science and Remote Sensing from Wageningen University. 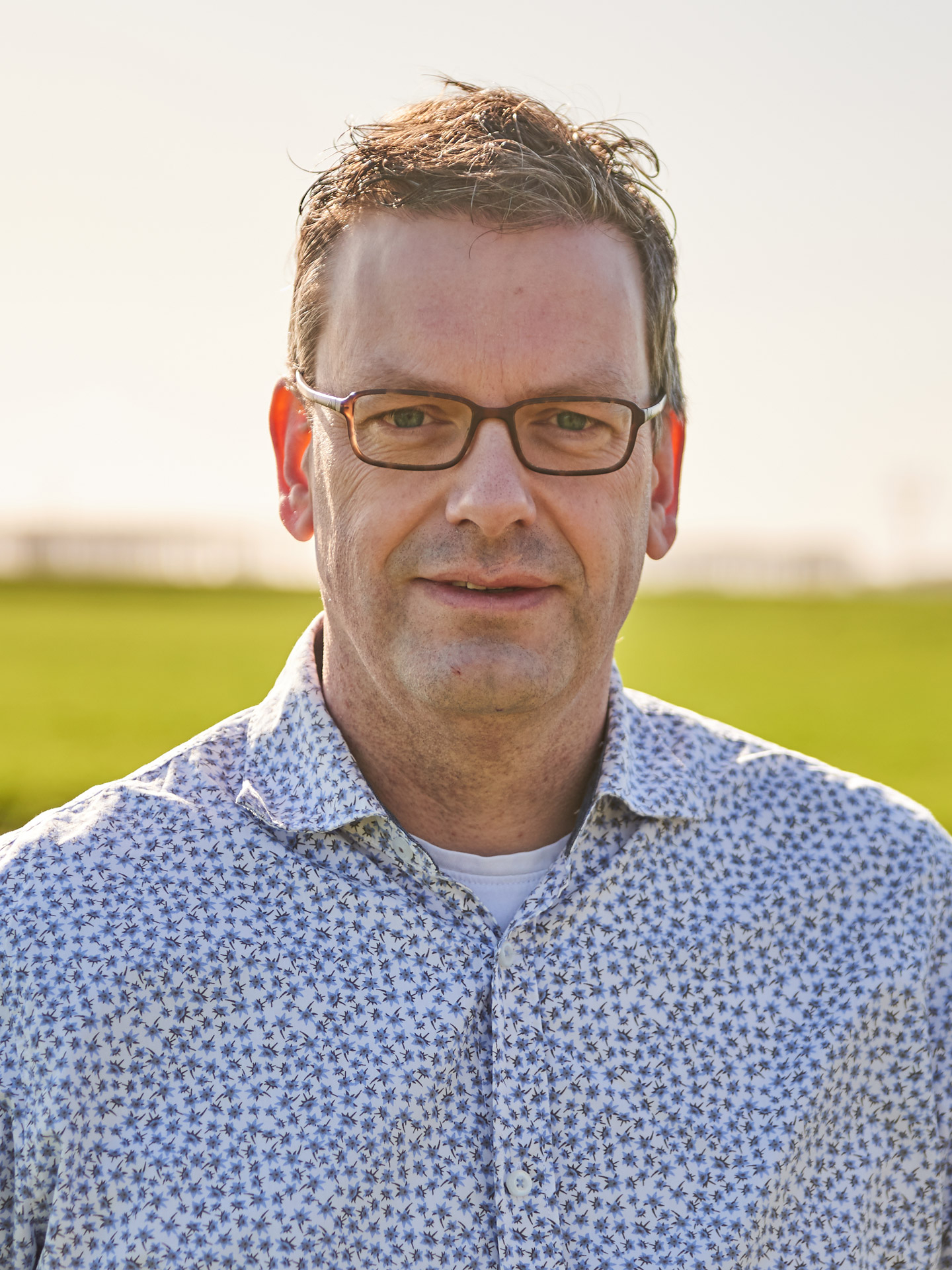 Harald is the owner of Tijink-IT BV, who supports various companies in the field of software development for agricultural applications (www.tijink.com). Harald facilitates the bridging process between management and the workplace. Because of the many years of experience in developing large databases for Marktplaats (converted into eBay), Harald knows how to create stable solutions. Harald holds an MSc degree from Twente University of Technology. 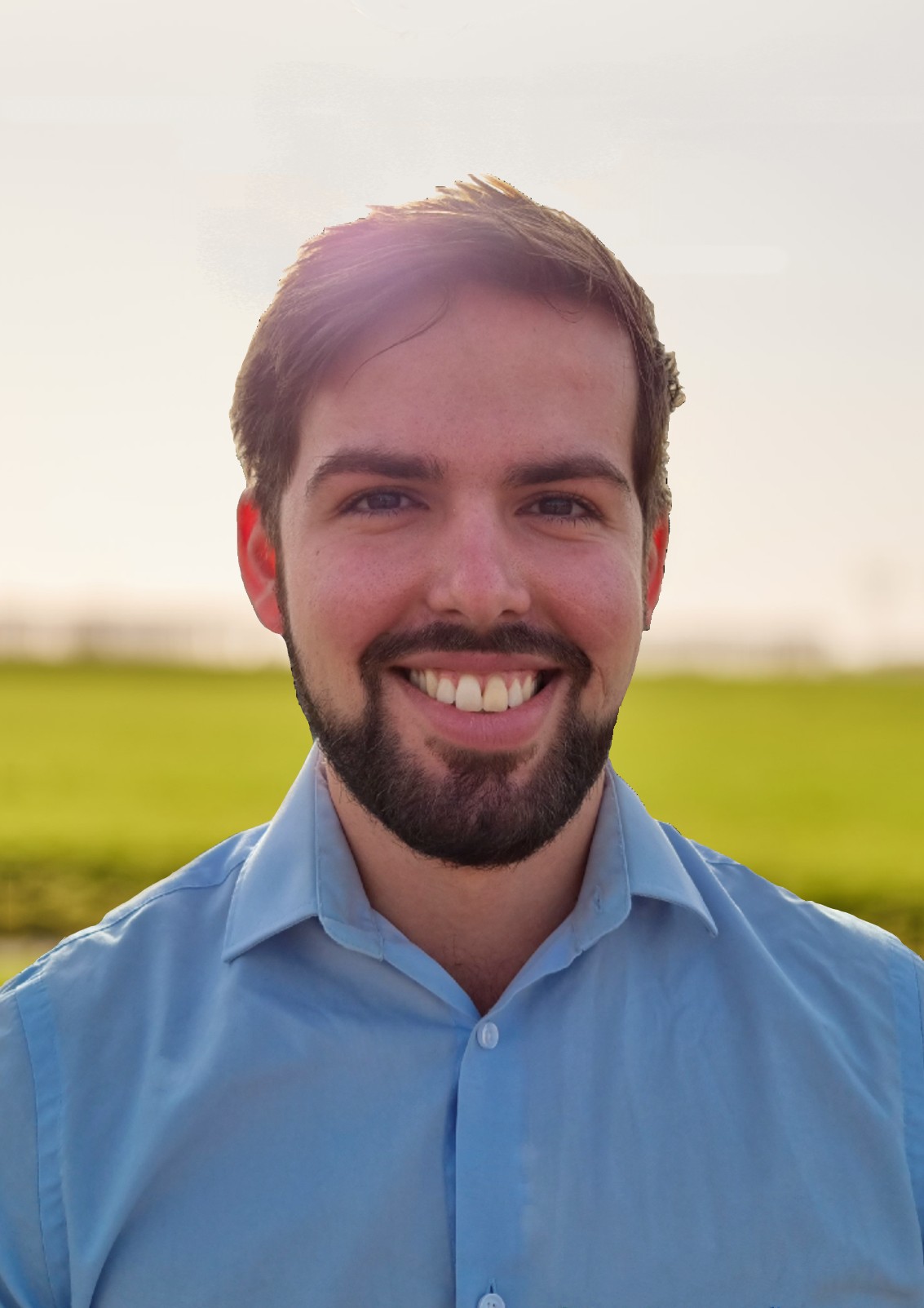 Bas is our intern from the Wageningen University and Research. He has a bachelor degree in Agrotechnology and is currently in the last phase of his Master Biosystems Engineering. His main focus is on the possible usage of radar imagery in the IrriWatch operations.